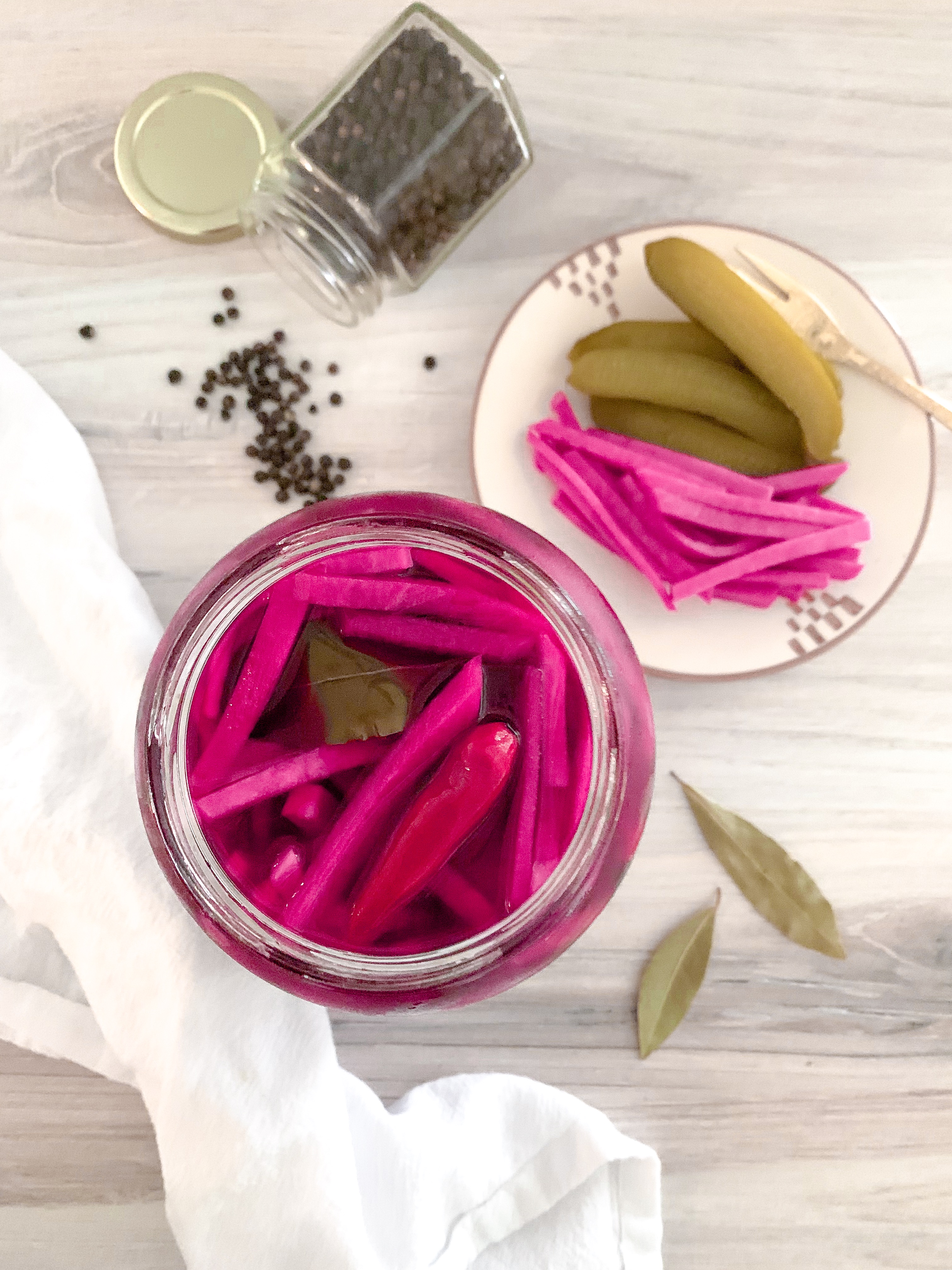 When I was pregnant with my daughter, I could not get enough of citrus, sour, or pickled things. This is when I finally decided to make my own pickles – because the good ones are typically kind of expensive, and even if they’re not – there’s nothing quite like your own homemade ones. I can buy a jar of kabees el lift from my local Middle Eastern market, but I sometimes find them a bit sharp, whereas these are a little more nuanced with the addition of some spices. They are, without a doubt, my favourite pickles ever, and they add a wonderful pop of colour to dishes, especially in the winter when many dishes are perhaps a little less bright.

Mouneh, or Lebanese pickles, are something special – and unlike many Lebanese dishes are not particularly labour-intensive, you just have to be patient and wait a week. Often on the mezze table my homemade pickles are the first things to disappear.

Lift is from the Arabic word for turnips (lafat – لفت), and these nearly neon-pink slices of turnip are coloured with raw beets. They are typically served alongside grilled meats, or stuffed into falafel or shawarma sandwiches. The lift (turnips) can be cut into whatever shape or thinness you desire – we like ours quite small so that they’re easier to put into sandwiches and so on, but you can also just cut into small half-moon shapes and enjoy on their own. It’s up to you. The size and thickness may adjust the pickling time, however, so keep that in mind. They will keep in your fridge for about eight weeks (before they begin to soften – still edible, but not as tasty), though I’m certain they won’t last that long.

As with all pickle recipes, this is not a good use for older produce which has been lingering in your refrigerator (if you have some beets that need using I highly recommend roasting them and making mutabbal shamandar instead. You’ll have better results, and crisper, crunchier pickles if you use these items fresh from the garden or supermarket.

(This recipe was previously included on my mouneh recipe page, it has been modified and republished with new photographs here.) 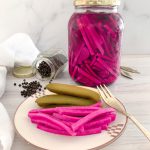