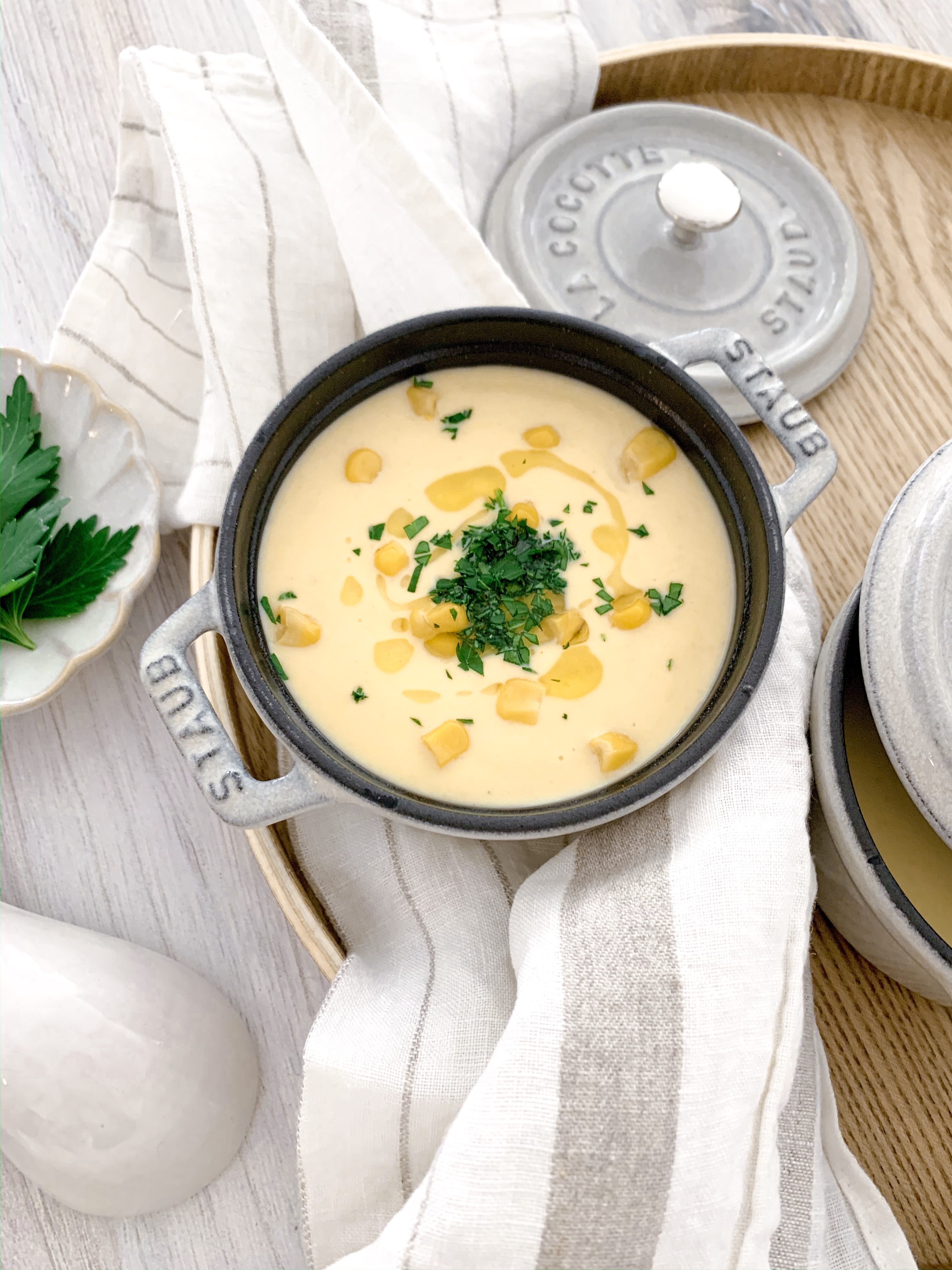 We arrived home from nearly two weeks in Japan (cut a little short, due to typhoon Hagibis) to Colorado’s typically temperamental weather – a bright summery day turned into a snowstorm. Snow is soup weather, and while my typical go-to is a bowl of shorbat adas (lentil soup), my daughter had suddenly become enamoured of the corn soup (or corn potage) one acquires, piping hot, out of Japanese vending machines (yes, hot soup from a vending machine – I was skeptical, too). She was mildly obsessed, and so I decided to give this soup a try. It’s essentially a creamed corn soup, and it’s one of a handful of popular ‘Western style’ soups in Japan.

I began scouring the internet for a corn soup recipe that I thought would work to replicate the stuff in the tin my daughter loved so much, and found this recipe from Just One Cookbook which seemed to fit the bill! My recipe is an adaptation of this one, with a few shortcuts in the process and a few adjustments to the ingredients. This recipe contains dairy, though I do believe it could be made vegan / dairy free quite easily by substituting a ‘full fat’ type of oat milk (I love Oatly for this, which doesn’t curdle).

It was a resounding success – my daughter was delighted with her canned soup substitute, and it’s definitely a keeper for our family recipe books. I even made the recipe with a fever (I arrived back from Japan quite ill, unfortunately – which is why the blog has been quiet for a week), making it a very easy meal for a day when you just want something comforting and simple. I topped mine with a drizzle of good extra virgin olive oil and a sprinkle of parsley, but my daughter likes hers as-is. I am obsessed with both fresh herbs and olive oil of course, but I’ll let you decide – they are totally optional finishes here. 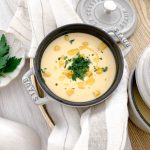